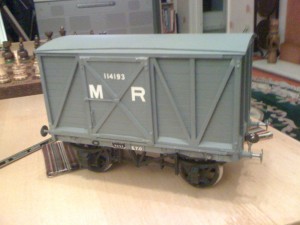 All of our rolling stock kits are to 10mm/1ft scale.

The kits comprise (unless stated otherwise) of laser cut ply and MDF body structure, etched brass detailing for strapping, and underframe as well as wire to form various handles etc. Running gear is not provided and can be added by the constructor or the model used as grounded body for scenic purposes. 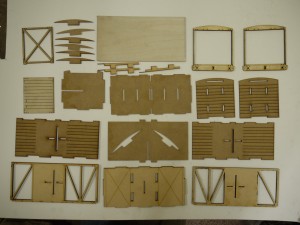 Please specify body only or with running gear 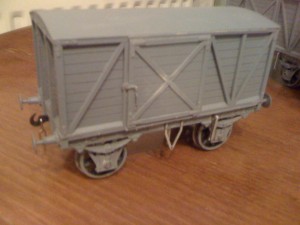 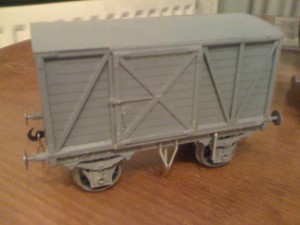 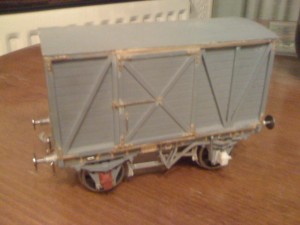 Diagram D376 were the most prolific of the Midlands 14′ 11″ covered goods wagons with something in the region of 3000 wagons being produced between 1892 and 1905. These wagons had a 6′ high loading door and two variants were produced (D358 & D359) with roof loading doors in small number in 1892. The majority of these wagons (2967) were constructed in two batched in 1903 and 1905. As built all D357 vehicles were fitted with single sided hand brakes, but many were later modified to double sided (interdependent) handbrakes. These wagons remained in traffic until around 1935, but some continued in internal user and industrial service until the 1970’s. Today a number continue to have practical use as grounded sheds.

Model can be completed with the following options:

1892 build with single sided brakes and door sliding on skates.

As 1903/5 build with single sided brakes and roller door.

As 1903/5 build with double sided brakes and roller door. 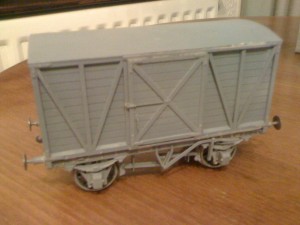 In 1893 the Midland first 16′ 6″ appeared. in essence an extended version of the D357 these vans were first built with skated doors (approximate 1500 wagons), later roller doors were introduced and double sided interdependent hand brakes on wagons built new after 1913. From 1902 larger axle journals and open fronted oil axle boxes were used on some wagons diagram D363 being issued, such wagons were rated at 10 Tons. single sided braked wagons were slowly modified to double sided but this was a prolonged process and some were withdrawn having never being modified.

200 of these wagons were built with alternative side framing but no new diagram was issued. In total between 1893 & 1916  the Midland built 6595 of these distinctive wagons with some surviving beyond LMS ownership to see service with BR and many industrial users, a number survive in preservation and various farmers fields.

As 1893 with skated doors and single sided brakes.

As above but with double sided brakes.

As 1902 build onwards with roller doors and single sided brakes

As above but double sided brakes. 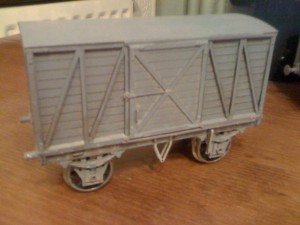 Alternative side framing all built as double sided brakes from new. 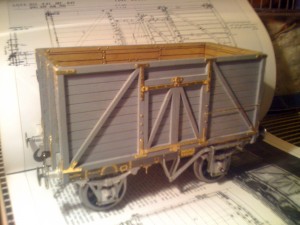 The Midland Railways distinctive D342 8 Ton timber coke wagon were built in large numbers from 1888 until 1912 with some 2476 wagons being put into service built under 10 Lots 1325 were built with bottom drop doors.

The kit builds into both drop door and non drop door variants (please state type required when ordering) and can be built with double or single sided braked depending on the period being modeled. 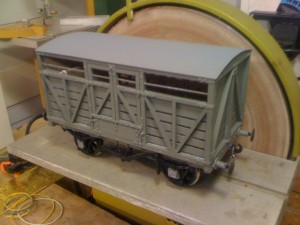 The Midland Railway built 100 cattle wagons under Lot 323 in 1893 these wagons were 16′ 6″ long and were classified as medium size with a moveable partition to allow them to also be used as small. The kit can be supplied as body only or complete with wheels and running gear.

Currently we have a number of other wagons in the late stages of development. 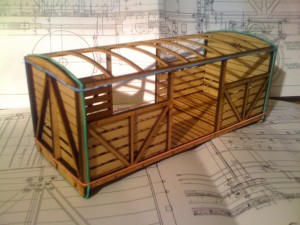 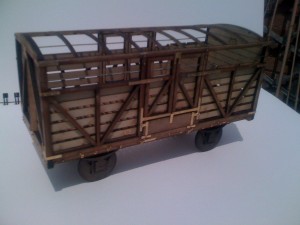 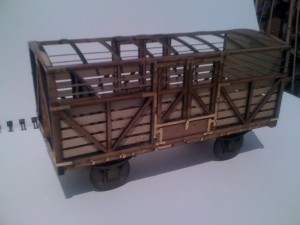 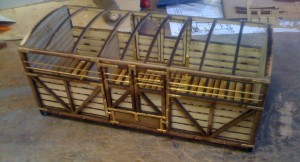 Various changes small but noticeable changes were made in 1911 and a further 400 wagons were built to drawing 3256 between 1911 to 1917, all these wagons featured interdependent hand brakes on each side following a change to the Board of Trade rules.

On the workshop bench

On the drawing board

We have a number of other project at a research and planning stage although it its unlikely they will appear until late 2014 other than in development model form. further to this we are also hoping to offer louver and ventilator/Vacuum fitted passenger rated underframe kits to allow our Midland covered goods wagons to be built as the fruit van and fitted variants.

Depending on the progress of research progress of these kits development will vary and they may not appear in the order as listed.